THE New South Wales state government looks set to continue its love affair with light rail, announcing four route options as the first step in the creation of a new light rail network for Sydney's western suburbs centered on Parramatta. 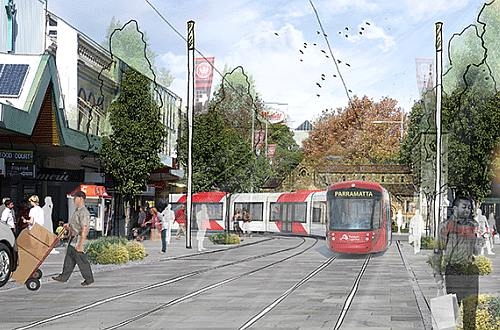 In June this year the government announced that it would choose from one of 10 possible light rail corridors connecting central Parramatta with other western districts of Sydney.

A shortlist of four corridors, all originating in Parramatta, has now been drawn up, including:

These corridors will now be subject to detailed engineering, transport planning and customer analysis, to establish which represents the best option for light rail in the region.

Funding to accelerate this work was identified in the 2014-15 state budget with $A 400m ($US 354m) set aside from the Restart NSW funding programme.

Last week the NSW government announced that the Connecting Sydney consortium has been selected as preferred bidder for the CBD and South East Light Rail project with construction due to start in 2015.

It is also pressing ahead with plans for light rail as a long-term solution to the planned closure later this year of the heavy rail line into the Newcastle.