GLASGOW City Council announced on November 26 that it is looking to develop a tram-train link to connect Glasgow city centre and Paisley with Glasgow Airport, which could be operational within a decade. 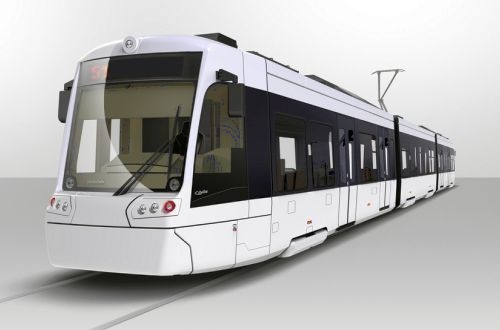 The project is included in the Glasgow and Clyde Valley City Deal, which will devolve £1bn in British Scottish government funding to the city and surrounding region for investment in transport and regeneration. The City Deal will also enable local authorities to borrow up to £130m for capital investment.

Tram-trains would use existing heavy rail infrastructure between Glasgow Central and Paisley Gilmour Street before joining a new light rail alignment, which would terminate outside the airport terminal building. The estimated cost of the project is £144.3m including rolling stock, inflation, contingencies, and land acquisition. Construction could start in 2021, which would enable the line to open in 2021.

The city council says studies have shown that a tram-train link would be the best performing option, although a £102m personal rapid transit link between the airport and Paisley is still being considered as an alternative. The two proposals are included in a strategic business case developed jointly by Glasgow City Council and Renfrewshire County Council, which will be put to local councils for approval next month.

Plans for a heavy rail link to Glasgow Airport were scrapped in September 2009 amid concerns over public spending. The latest study puts the cost of a heavy rail connection at £317m, considerably more than the cost of the abandoned scheme.