SWITZERLAND's Federal Office of Transport (BAV) has granted Basle Transport Authority (BVB) planning permission for the Swiss section of the cross-border extension of tram Line 3 to Saint Louis in France. 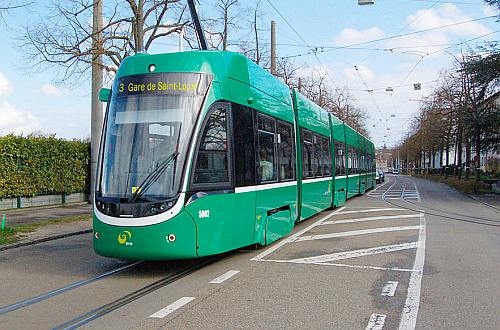 The project will extend the line by 3.4km from its current terminus on Waldinghoferstrasse in Bergfelden to the Bergfelden border crossing serving a park-and-ride station near the A35 motorway before terminating outside the mainline station in Saint Louis.

Services will operate at 7-8 minute intervals as far as the border, with trams running to Saint Louis every 15 minutes.

Last December BVB opened its first tram line into Germany, with the extension of Line 8 services from Kleinhüningen to Weil-am-Rhein.