FIVE years after it was originally due to open, the first light rail line in the Spanish city of Granada finally began carrying passengers on September 21. 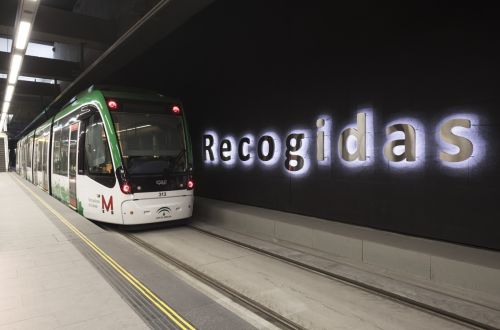 Granada Metro will operate between 06.00 and 23.00 on Monday-Thursday, with operating hours extended until 02.00 on Fridays, Saturdays, and public holidays.

Services are operated by a fleet of 15 Urbos low-floor LRVs supplied by CAF.

The line was originally due to open in early 2012, but work stalled in the wake of the Spanish economic crisis and only resumed in 2014 after the city secured a €260m loan from the European Investment Bank to complete the project.