GRAZ city council and tram operator Graz Linien have announced plans to expand the tram network in Austria’s second-largest city at a cost of €117m. 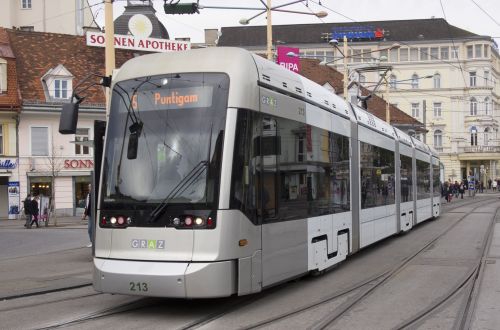 The expansion programme encompasses six projects. The most important of these is a 1.8km extension from Alte Poststrasse to Reininghaus in the south west of the city, which includes four new stops. Construction should start in 2019 the €44m extension is expected to open in 2021.

In the city centre, a 1km line will be built from Jakominiplatz to Annenstraße via Neutorgasse and Belgiergasse to relieve the section along Herrengasse section. This stretch is currently used by all of the city’s tram lines and is considered a bottleneck. Work will begin on the €27m project in 2021 and trams are due to start using the new connection in 2023.

To the west of the main station, lines 3 and 6 will be extended 1.1km north from Asperngasse to Peter-Tunnergasse at a cost of €22.4m. Construction will begin in 2020 and the extension will open in 2021.

Finally, three single-track sections on lines 1 and 5 will be doubled. These include:

For the first time, the province of Styria will contribute to the construction of tram extensions in Graz with a contribution of €43.8m.