THE conversion of the Schiedam - Hook of Holland line from heavy rail to a light rail line connected to the Rotterdam metro network is suffering delays which are likely to push the reopening date into next year. 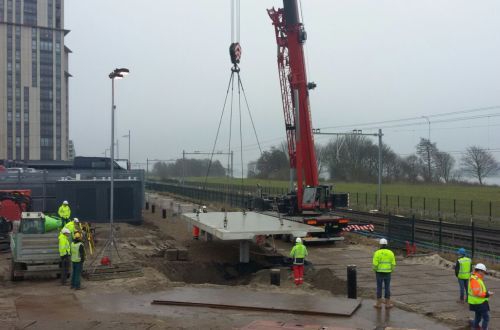 The 23km line was closed on April 3 for conversion work, and was due to reopen on September 1, with the line becoming part of Rotterdam metro network Line B.

However, due to unforeseen problems, which reportedly include issues with ground conditions and signalling software, and the discovery of unexpected cables and contaminants including asbestos, the line is unlikely to reopen before February 2018.

Rotterdam Electric Tram (RET) is investigating how to improve the substitute bus service between Schiedam and Vlaardingen, with extra buses at peak times.