HYUNDAI Rotem says it has developed a bogie which enables low-floor LRVs to operate on tracks with a 15m curve radius, purportedly the tightest in the world. 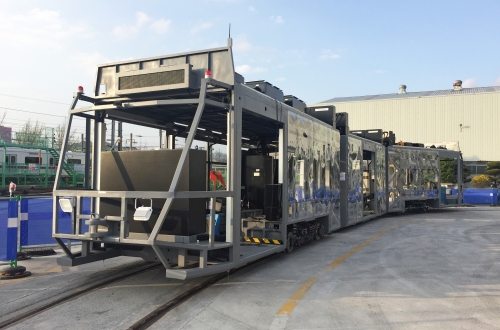 HYUNDAI Rotem has been testing the new bogie on a test car at Changwon factory.

The Korean company says the bogie was developed over five years as part of the 'Development of low-depth urban railway system technology' national research project.

Core technologies on the bogie include individual motor torque control, individual wheel braking control, and active hydraulic steering, which Hyundai Rotem says is able to move the steering of the front and rear axles simultaneously or separately.