THE Indian government has issued the standard specifications for MetroNeo, a new low-cost light rail transit (LRT) system that could be implemented in tier-2 and tier-3 cities that have a population of less than one million. 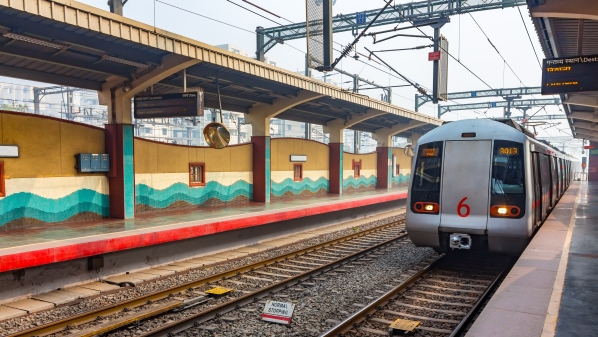 With the rising cost of conventional metro rail projects, the Indian government has promoted LRT as an alternative that could be 30% cheaper and implemented quicker than conventional light rail networks.

The LRT system would use rubber-tired coaches powered by overhead electrification. These would be 12m-long single coaches or 18m-long articulated units. The coaches are expected to be 2.55m-wide, with a floor height of between 300 and 350mm and a weight of 10 tonnes.

The system would be suitable for corridors carrying up to 10,000 passengers per-hour-per-direction over the next two decades.

Three corridors under Delhi Metro Phase 4 are expected to be built using the LRT system. The Maharashtra government last August approved the use of LRT along two routes totalling 32km in Nashik, and a detailed project report has been prepared by the Rail India Technical and Economic Service (RITES).

Two LRT corridors have also been announced in Jammu and Srinagar, in the Jammu and Kashmir region, at a cost of Rupees 105.6bn ($US 1.5bn).