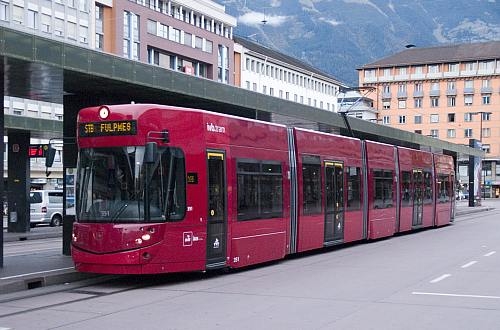 The new LRVs must be capable of working in multiple with the existing Bombardier Flexity sets.
Photo Credit: Erwin Reidinger

IVB says the new vehicles will be used on the new Line 2 and be suitable for the planned Line 5, which will be operated as a tram-train between Völs and Rum. The trams must have additional features not included in its existing Bombardier Flexity fleet but must be able to work in multiple with these sets.

The contract will include maintenance and delivery should start in 2017. It also includes an option for 10 additional LRVs, which can be ordered in batches beginning with three trams in 2019, followed by further three and four vehicles batches by 2021 at the latest.

In contrast with the existing fleet, the new trams should have wider doors at the front end to reduce time spent at stops. The tender closes on October 17 2014.