INNSBRUCK Transport (IVB) has awarded Bombardier a contract to supply 20 Flexity 2 low-floor LRVs as part of the expansion of the Austrian city's metre-gauge tram network. 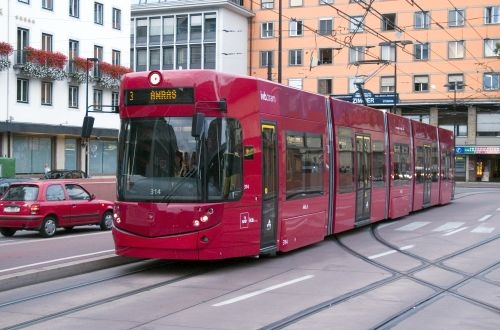 The 28m-long, 40.8-tonne bidirectional vehicles will have a maximum speed of 70km/h and will accommodate up to 160 passengers.

Deliveries will begin in 2017 and the contract includes an option for 10 additional vehicles.

Eight trams will be used on the new Line 2, while 11 vehicles will be deployed on Line 5, and one will be a reserve. Maintenance will be carried out on behalf of Bombardier at the existing IVB depot.

Line 2 will link Olympisches Dorf and Peerhofsiedlung and is due to open in 2018, replacing the existing trolley bus line. Line 5 from Rum to Völs will open in 2020.

The new vehicles are being ordered following a competitive tender, which was launched by IVB in October 2014.