BRITAIN’s Rail Accident Investigation Branch (Raib) has launched an investigation into a fatal accident at 06.13 on November 9 involving an LRV which derailed and overturned on the approach to Sandilands Junction on the Croydon Tramlink network south of London. 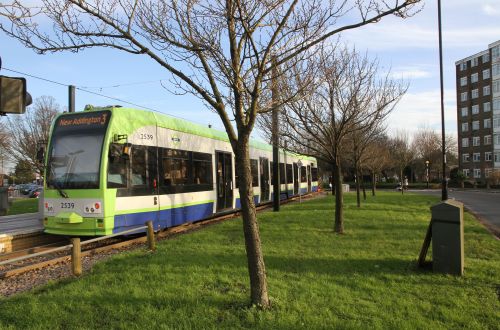 At least seven people died as a result of the accident and a further 50 people were taken to hospital, most of whom have since been released.

“The derailment occurred on the curve and initial indications suggest that the tram was travelling at a significantly higher speed than is permitted,” says Raib. “We are currently collecting evidence needed to identify factors relevant to the cause of the accident and its consequences. Our investigation is independent of any investigation by the tramway industry, or the British Transport Police.”

Raib says it will publish an interim report on its website next week. This will be followed by a final report, including any safety recommendations, when its investigation has been completed.

In the meantime, services have been suspended between East Croydon and Addington Village, Harrington Road and Elmers End while repairs to the track and systems are carried out. It is hoped that this part of the network will reopen on November 14.

The 28km network is operated by Trams Operations, a subsidiary of First Group, under a concession which runs until 2030.