AN agreement has been reached between the Israeli government and CityPass, the concessionaire of the Jerusalem light rail network, to extend the Red Line at each end and build a section of the Green Line. 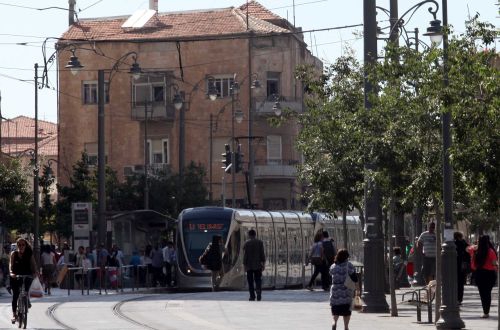 The agreement concludes two years of difficult negotiations and has resulted in the Ministry of Finance agreeing to increase its contribution to the project by Shekels 40m ($US 9.1m). CityPass will be responsible for integrating the project and the Inter-Ministerial Tenders Committee will shortly publish pre-qualification documents.

The project involves extending the 13.5km Red Line 2.1km north to Neve Ya'akov with four new stations, and 3.2km south to Hadassah Ein Kerem Medical Centre, one of the largest hospitals in the Middle East, with five stations. Two branches will also be built to the university campuses at Mount Scopus and Givat Ram, which will later form part of the Green Line.

Alignment preparatory works have already been completed and the extensions are expected to enter service in 2021-22.