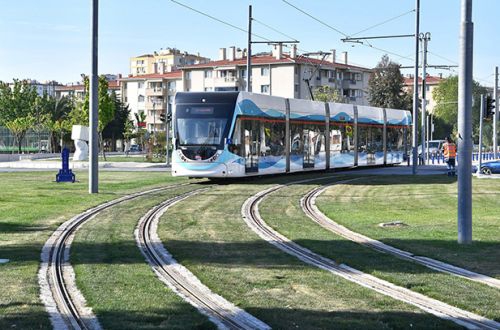 Travel on the new line will be free until June.

Construction began in April 2015 and civil works were carried out by Turkish contractor Gülermak.

Services are operated by a fleet of 17 low-floor LRVs supplied by the Eurotem joint venture of Hyundai Rotem and Turkish State Railways (TCDD) subsidiary Tüvsaş. The 32m-long five-section bidirectional LRVs will accommodate up to 285 passengers.