IZMIR added a second tram line to its growing urban rail network on March 24 with the inauguration of the 12.8km Konak Line. 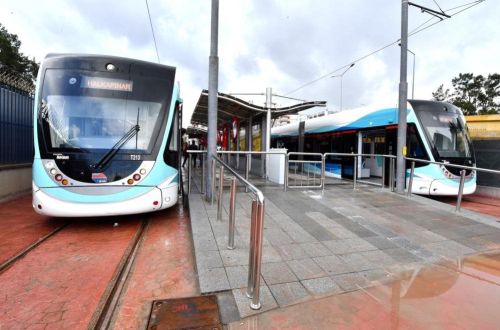 The 19-station runs west from an interchange with metro Line 1 and Izban suburban services at Halkapinar to the current western terminus of metro Line 1 at Fahrettin Altay, following an alignment along the Gulf of Izmir via Alsancak and Konak.

Services are operated by a fleet of 21 low-floor LRVs supplied by the Eurotem joint venture of Hyundai Rotem and Turkish State Railways (TCDD) subsidiary Tüvsaş under a contract awarded in August 2014, which also included 17 vehicles for the Karşiyaka Line.

To celebrate the opening of the Konak Line, free travel is being offered for the first 45 days of public operation.