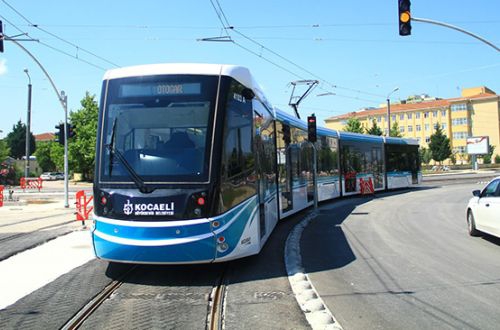 Passengers will be able to travel on the line free-of-charge until the start of full commercial operations on July 15.

Durmazlar, Turkey, has supplied 12 bidirectional low-floor LRVs for the project. The 33m-long five-section vehicles are 2.65m wide and have a maximum speed of 80km/h.