JAPAN’s Ministry of Land, Infrastructure and Transport (MILT) announced on September 26 that it has approved plans for the construction of a 14.6km light rail line in Utsunomiya, the capital of Tochigi prefecture north of Tokyo. 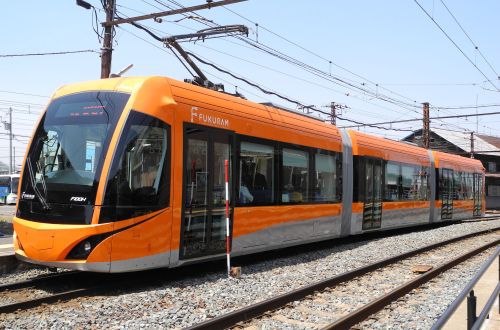 Running largely on the central reservation of highways, the double-track east-west line will link the Honda research and development facility in the town of Haga with JR East’s Utsunomiya station, which is served by the Tohoku Shinkansen, Tohoku Main Line and Nikko Line.

The line will have 19 stations, four of which will be located in Haga with the remainder in Utsunomiya. Passing loops will be constructed at two stations to enable express services to overtake all-stations local services. The journey time between the terminus stations will be 38 minutes for express services and 44 minutes for locals.

Services will be operated by a fleet of 17 30m-long, 2.65m-wide low-floor LRVs, each capable of accommodating up to 155 passengers. The 1067mm-gauge line will be electrified at 750V dc and trams will operate at up to 70km/h on segregated sections of the route.

Completion is scheduled for December 2019.