THE start of construction on Jerusalem's third light rail line moved a step closer on January 28, when the Municipal Planning Committee granted approval for the Blue Line, which will link Gilo in the south with Ramot in the north. 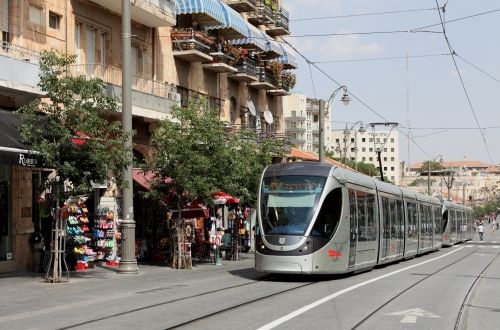 The 20.3km line will include an underground section in the city centre with three sub-surface stations at Mea Shearim, Tzfania, and Bar Ilan. The plans also include a link to the existing Red Line and an option for a branch along Hebron Road.

Preliminary design for the project was carried out by a joint venture of Systra, DEL, and Mati.

The plans have now been submitted to the Jerusalem Regional Planning Committee, which is already considering a planning application for the 18.3km Green Line from Mount Scopus to Gilo.

In addition to the two new lines, detailed design is underway on three extensions to the existing Red Line, which opened in 2011. These include: