The 10-year contract will include the operation of three tram-train trains in Kassel, Germany. 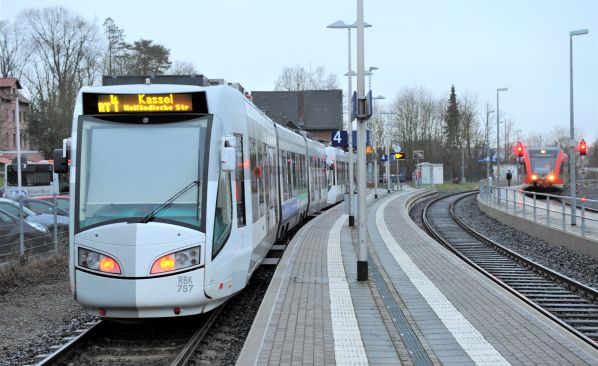 NORTH Hessen Transport Association (NVV) has issued a call for tender for the operation of regional tram-train services in the Kassel area.

The 10-year “gross transport contract” will start on December 10 2023 and will have an annual volume of about 2.37 million train-km, although NVV will have the right to modify the volume and financing of the contract due to changing circumstances.

The contract will cover the operation of three lines:

The winner will be obliged to operate the dual-voltage tram-train services using rolling stock owned by Regional Rail Kassel (RBK) and will have to reach a maintenance agreement with Kassel Transport (KVG).

Bidders will be selected on price and through direct negotiations. Bidders must be qualified as a railway undertaking according to Germany’s federal railway act and have a safety license as the tram-train services partially operate on lines owned by German infrastructure manager DB Networks. The closing date for bids is August 19.