BYBANEN, the public company responsible for overseeing the 20km light rail line in Bergen, signed an eight-year contract with Keolis Norge on June 29 for the operation of the system and maintenance of its LRV fleet. 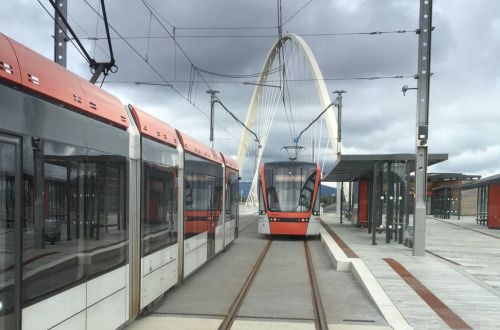 The line has been operated by Keolis since the opening of the initial 9.8km section from Byparken to Nestun in June 2010. The line was subsequently extended to Lagunen in 2013, Birkelandsskiftet in 2017, and Flesland Airport in 2017.

Services operate at five-minute headways in the peak and the line carries around 12 million passengers a year.

Further expansion of the network is planned during the term of the new contract, with the construction of Line 2 from Kaigaten in the city centre to Fyllingsdalen in the south. Between 12 and 14 LRVs will be required for the 10.8km line, which is due to be completed by 2022.