THE FIRST of 31 Škoda type 26THU3 ForCity low-floor LRVs for Hungary's third-largest city Miskolc entered service on Line 1 on January 20 following the completion of more than 11,000km of endurance testing. 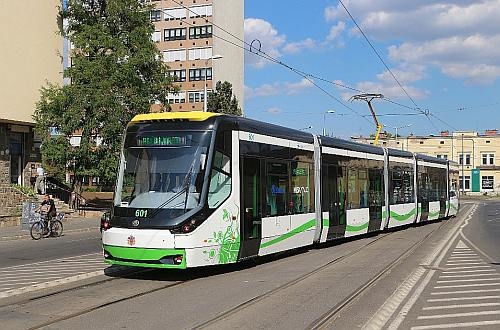 Miskolc Transport (MVK) placed a €70m order in February 2012 for the 32.1m-long five-section vehicles, which will be maintained by the manufacturer for 10 years. The standard-gauge air-conditioned LRVs accommodate up to 300 passengers, 56 of them seated.

The vehicles have been acquired as part of MVG's Green Arrow project, which also included the construction of a 1.5km extension of Line 1 to Felső-Majláth, modernisation of depot facilities and stations on the existing network, and the procurement of a new passenger information system. The programme was 90% financed by the EU.