Krakow launches tender for up to 60 LRVs

MPK Krakow has launched a tender for a contract to supply up to 60 low-floor LRVs for the city’s 90km standard-gauge tram network. 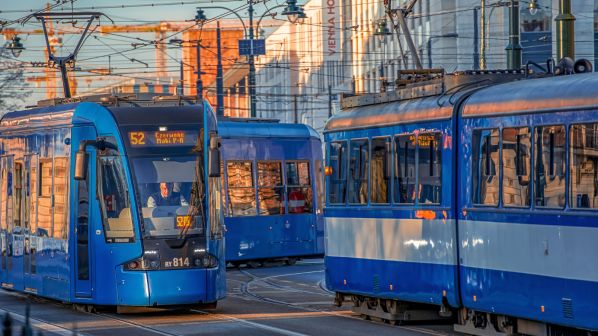 Each vehicle will have a minimum of six doors and capacity for at least 220 passengers.

Two LRVs will be equipped for catenary-free operation and the remainder of the fleet will be designed to allow retrofitting of a catenary-free technology if required at a later date.

The vehicles will be air-conditioned and equipped with a ticket machine, at-seat USB charging ports and a passenger counting system.

The deadline for submission of bids is June 19 and delivery of the initial tranche of 10 vehicles could begin at the end of 2021.

MPK is investing around Zlotys 1bn ($US 260m) in the renewal of its tram fleet. In December 2018 the European Investment Bank announced it had agreed to loan MPK Zlotys 376m for the acquisition of up to 90 new LRVs and the modernisation of existing vehicles.

Next year MPK will receive the first of 50 LRVs ordered from a consortium of Solaris and Stadler in January 2018.

For the latest rolling stock tenders from around the globe, subscribe to IRJ Pro.