KTTU, the public transport operator in the Russian city of Krasnodar, has taken delivery of a prototype 1524mm-gauge low-floor LRV built by the Stadler Minsk joint venture of Stadler Rail and Belkommunmash, Belarus, for trials on the city's 113km tramway network. 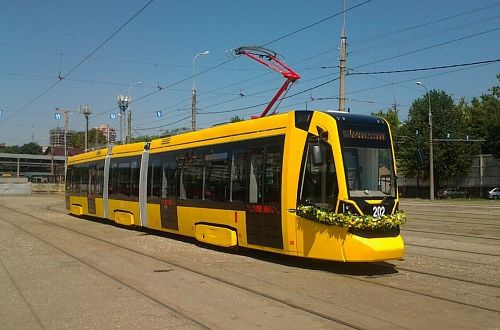 The bidirectional V853000M Metelica vehicle has been designed specifically for the CIS region and will operate in ambient temperatures ranging from -40 to 40oC.

The 26.7m-long three-section vehicle will accommodate up to 250 passengers, 58 of them seated, and has a maximum speed of 75km/h.