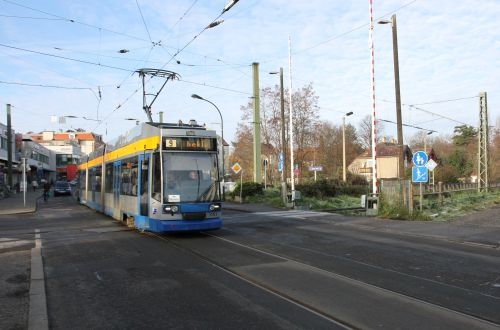 Despite local opposition, local councils in both Markkleeberg and Leipzig voted in late October to close the line due to the cost of planned infrastructure repairs and reduced patronage following the opening of the Leipzig City Tunnel served by frequent S-Bahn services that have dramatically reduced travel times from Markkleeberg to central Leipzig.

Passenger numbers on the tram line had dwindled from around 5,000 passengers a day to less than 3,000. Prior to the opening of the City Tunnel the tram would have had a time advantage in reaching the south side of the city centre.

The line beyond Connewitz is not within the Leipzig city boundaries and Markkleeberg was responsible for infrastructure upgrades as well as operating subsidies. An estimated €8.2m would have been required for track and electrification renewals over the next few years.