THE Austrian cities of Linz and Graz both launched extensions of their tram networks on September 12. 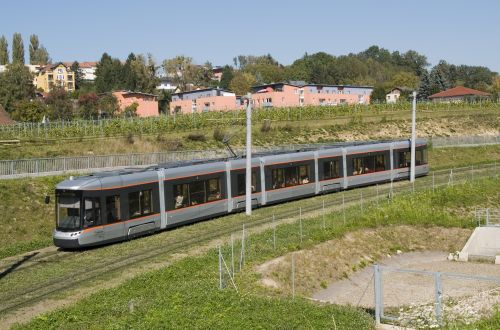 Linz Linien is now operating revenue services over the 1.8km second phase of the Stadt Regio-Tram line rom Trauner Kreuzung to Schloss Traun. The 900mm-gauge line is served by Line 4 trams, with Line 3 services terminating at Trauner Kreuzung. Both lines start at Landgutstrasse near Linz Urfahr station and operate at 15 minute intervals on weekdays, thus providing a 7.5 minute-interval service on the core section of the route.

The final section to Schloss Traun is single track and is outside the Linz city tariff zone. This means that an extra fare applies beyond Trauner Kreuzung. A further extension to Ansfelden or Nettingsdorf is currently being considered.

In Graz, Line 7 has been extended from St Leonhard to Medical University. This section gives better access to the hospital and also eases the cramped situation at the former terminus at St Leonhard, where Line 7 meets several bus lines. Line 7 will operate at four-minute intervals in peak hours, compared with five minutes previously. Construction began on the €10m project in 2015.