LUXEMBOURG’s minister for sustainable development and infrastructure, Mr François Bausch, and Ms Lydie Polfer, mayor of the City of Luxembourg, announced on June 4 that the next section of the city’s first light rail line will open on July 27. 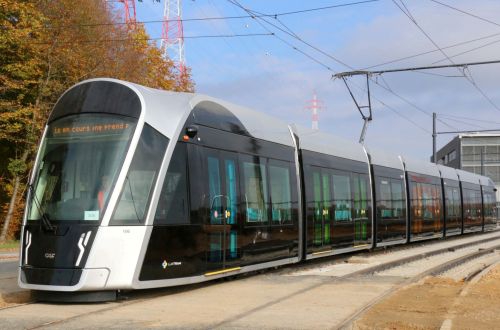 Luxembourg is expanding its fleet of CAF LRVs.

The initial 3.6km eight-station northern section between LuxExpo and Rout Bréck-Pafendall (Pont Rouge) opened in December 2017, and this will now be extended to Place de l'Etoile with three additional stops. This will be the first section to have catenary-free operation.

As a result, Luxtram has awarded a €40m contract to CAF for an additional 12 Urbos 3 LRVs fitted with supercapacitor accumulator technology for ground-level rapid charging at stations. This will add to the 21 LRVs which CAF has already supplied to Luxtram.