LUXEMBOURG City Council granted consent on July 14 for the construction of the first phase of the city's light rail network, which was given the go-ahead by the Chamber of Deputies of the Grand Duchy last month. 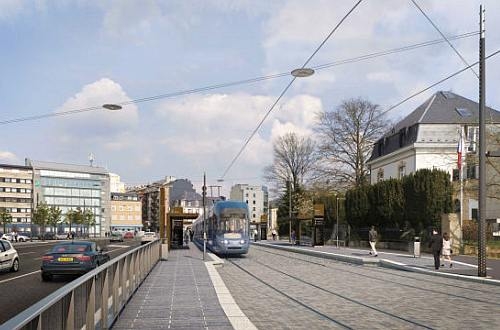 The council has agreed to create a joint company with the Luxembourg government named LuxTram SA, which will be responsible for managing the design, implementation, and operation of the network within its territory and neighbouring municipalities.

LuxTram will have initial working capital of €6m, two-thirds of which will come from the state with the remaining €2m being provided by the city.

Construction is expected to begin in autumn 2015 on the initial 6.4km section of the route, which will link the city's main station and Place de l'Étoile in the city centre with the LuxExpo exhibition centre in the district of Kirchberg.

The budget for the 14-station initial phase is estimated to be around €230.5m and the city has agreed to fund half of the cost with the remainder expected to come from the national government.