LUXEMBOURG’s minister of development and infrastructure, Mr Franҫois Bausch, announced on October 13 plans to extend the country’s first tram line, the first section of which will open on December 10. 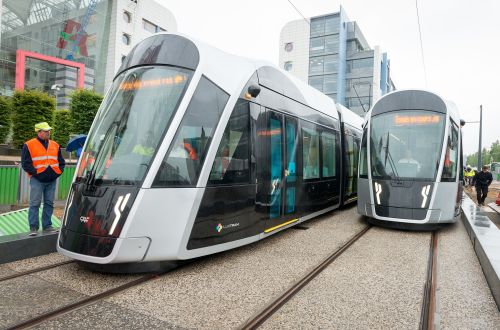 The cost of the extensions is estimated at €214m, of which €115m is for the Cloche d’Or line and €99m for the line to Findel airport. In contrast with the first tram line, the state of Luxemburg will finance the extension project.

It is also planned to order 12 LRVs in addition to the 21 45m-long bidirectional Urbos vehicles which CAF is supplying under an €83m contract awarded in May 2015.