The line will include a 3km tunnel and will open in 2031. 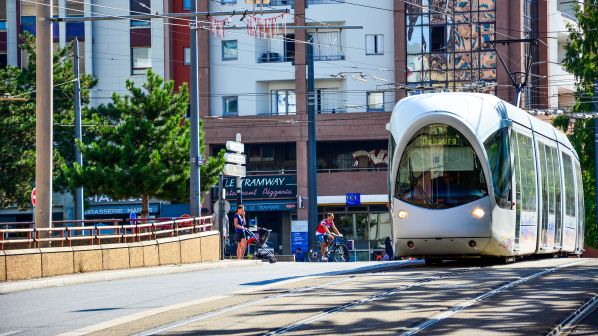 AS part of its Destinations 2026 plan, Lyon transport authority Sytral Mobilités has announced a new express light rail project serving the west of the city.

At €700-750m, the line will be significantly cheaper than alternative metro proposals costed at €1.5-2bn, and with a completion of 2031 will be quicker to build.

Sytral Mobilités will now carry out an extensive process of consultation until the end of 2023 on route variants and other possible adaptations. Public surveys will take place in 2025 with the project expected to receive a declaration of public utility by the end of that year. Preparatory works and utility diversions will take place by the end of 2026 with construction due to get underway in autumn 2027. The line will open in autumn 2031.

Under the plan for the line drawn from consultations which took place between September and December 2021, the new line will link the existing interchange at Jean Macé, which is served by French National Railways (SNCF) services, metro Line A, trams T1 and T2, with the Alaï/Libération sector in less than 20 minutes.

From Jean Macé the service will operate over existing Lines T1/T2 to reach Perrache (SNCF trains, metro Line B, tram T2) in less than 10 minutes. The line will then join the Cours Suchet before crossing the river Saône on a new bridge. The line will then pass through a 3km tunnel beneath the 5th Arondissement plateau, serving underground stations at Saint-Irène or Charcot/Saint-Luc and Point du Jour, before emerging on the surface at Ménival, terminating in the Alaï/Libération area.

There is potential for at-grade extension westwards on to Craponne, as well as eastwards where several options are possible.