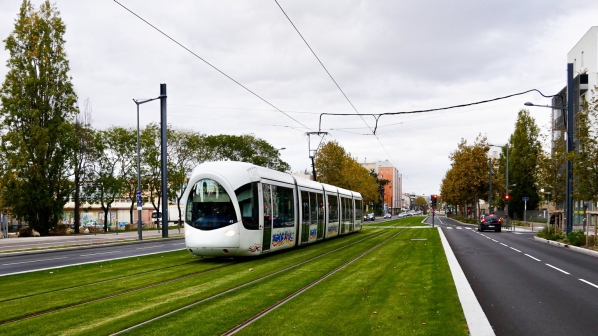 The new line provides a connection with the south and east of the city while bypassing the city centre.

The line is built along a greenway for 70% of its route, providing more vegetation through the city, and also features a cycleway along its entire length.

Work on the project began at the end of 2016. LRVs are operating at 10-minute intervals during peak periods, with an end-to-end journey time of 21 minutes.