THE mayor of Manchester Mr Andy Burnham confirmed on March 23 that £83m will be spent on the acquisition of additional trams for the Metrolink light rail network as part of the city’s Congestion Deal, which also includes a £160m investment in walking and cycling infrastructure. 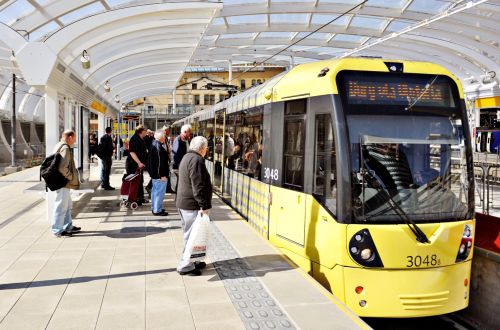 An order for at least 24 trams will be placed by June, with an option for three additional vehicles, which would be required for the proposed extension to Manchester Airport Terminal 2.

Metrolink currently operates a fleet of 120 Bombardier M5000 Flexity vehicles, with a minimum of 108 required for service including hot spares.

Additional vehicles will be required for the 5.5km Trafford Park extension, and to enable two-car operation of all services from Piccadilly to Bury and Altrincham.

Dr Jon Lamonte, chief executive of Transport for Greater Manchester (TfGM) told IRJ in an interview earlier this month that the order will “almost certainly” go to Bombardier.

A feature on Manchester Metrolink will appear in the April issue of IRJ.