ANOTHER milestone was reached in the expansion of Manchester's Metrolink light rail network on January 27 with the inauguration of the Oldham Town Centre loop off the 22.5km Victoria – Oldham – Rochdale line. 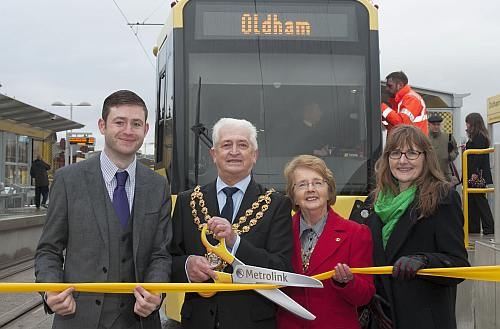 Services run at 12-minute intervals throughout the day, with a journey time of around 30 minutes between Oldham Mumps and Victoria.

With the opening of the town centre line, the section of the former heavy rail line between Werneth and Oldham Mumps, which has been used by trams on an interim basis since the launch of light rail services to Oldham Mumps in 2012, will be closed.

The opening of the Oldham Town Centre extension takes the total length of the Metrolink network to 77km.

Testing is underway on the final section of the route between Rochdale mainline station and Rochdale town centre, which is due to open in the spring.