Marta to take over Atlanta Streetcar 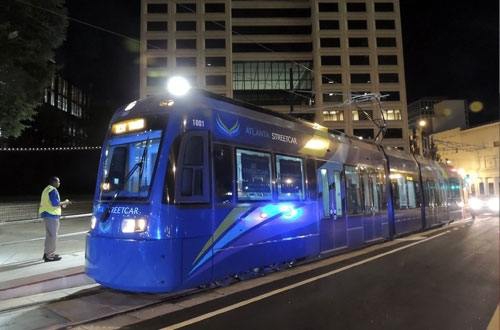 The 4.3km Downtown Loop line opened in December 2014 and travel was provided free-of-charge until January 2016, when a $US 1 one-way fare and $US 3 day pass were introduced.

However, following the introduction of fares ridership fell 58% and fare evasion has been a persistent problem.

Management of the line has also been an issue. In September 2015 the Federal Transit Administration sent a letter to the city council and Marta expressing “continuing concerns with the safety and operation of the system.” This was followed in January 2016 by a highly-critical report by Georgia Department of Transportation, which found nearly half of safety-critical positions were unfilled, inadequate training of staff, failure to implement random drug and alcohol tests, and failure to properly report accidents.

Responsibility for all functions will pass from the City of Atlanta to Marta over the next year.