METRO do Porto, which operates the 67km light rail network in Porto, Portugal, has awarded a €10.5m contract to Railway Equipment Maintenance Company (EMEF) to overhaul part of its fleet of Bombardier Eurotram LRVs. 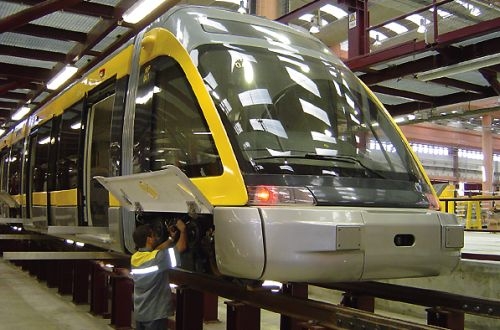 Under the 36-month contract which starts this year, EMF will conduct a 960,000km general overhaul on 35 LRVs with an option to overhaul another five vehicles.

The work will be carried out at EMEF's Northern Workshop Unit in Guifões and will be validated by the Portuguese Mobility and Transport Institute (IMT).