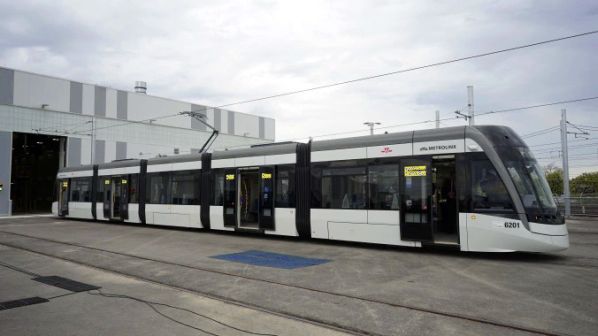 The first vehicle was delivered to the Eglinton Maintenance and Storage Facility (EMSF) on February 16 and low-speed testing has been taking place within the depot site.

"I can only think back, about 18 months ago, this programme was far behind and deliveries were going to be about two years behind the targeted dates.” he says. “We took delivery of the first six vehicles a few weeks late.”

Metrolinx placed an order with Bombardier for 182 Flexity Freedom LRVs in 2010, including 76 vehicles for the Eglinton Crosstown LRT.

The 19km 25-station line along Eglinton Avenue from Mount Dennis (Weston Road) to Kennedy is being built by the Crosslinx Transit Solutions consortium under a 30-year $C 9.1bn ($US 6.8bn) finance-build-maintain contract awarded by Metrolinx and Infrastructure Ontario in November 2015.

Verster confirmed at the LRV unveiling that the project is on-schedule for completion at the end of September 2021.