MIAMI Beach City Commission has given the go-ahead to negotiate an interim agreement with the Alstom-led Greater Miami Transit Partners consortium, which has submitted the highest-ranking proposal for a light rail line in the city. 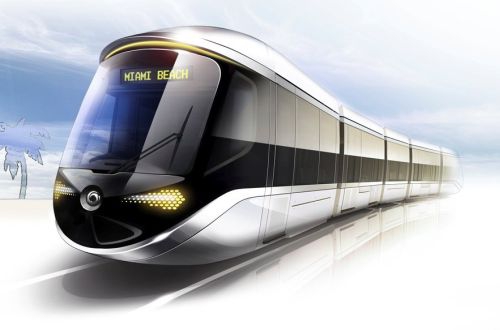 Preliminary recommendations call for the construction of a loop serving South Beach, which would be built in two phases, each around 4km long. The first phase would run along 5th Street and Washington Avenue, while the second phase would continue the line along Alton Road and 17th Street. An additional loop along Dade Boulevard is also being evaluated.

The double-track line will run in dedicated transit lanes for its entire length and will be completely catenary free, with Alstom's ground-based APS technology being put forward for the electrification system.

The City of Miami Beach says both phases could be constructed concurrently, and a decision on how to proceed will be made following the conclusion of financial and technical analyses.

Public consultation began last month and environmental studies are due to be completed early next year.