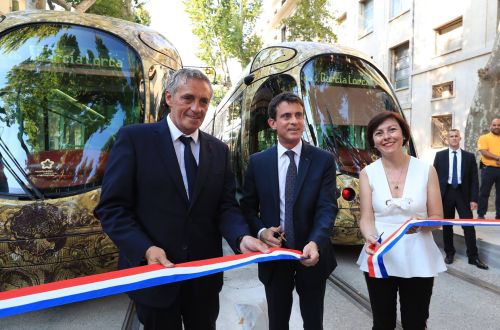 The first phase of Line 4 opened in 2012 and with the completion of the final phase the line is 9.2km long with 18 stations, including 10 interchanges with lines 1, 2, and 3.

Services operate at eight-minute headways using a fleet of 10 Alstom Citadis low-floor LRVs, running as Line 4a clockwise and Line 4b anticlockwise.