THE board of Ile-de-France transport authority Stif adopted a financing agreement on June 15 which will fully fund a €63m order for 17 additional Alstom Citadis LRVs for Paris light rail Line T3 to support the extension of the line and increase capacity on the existing route. 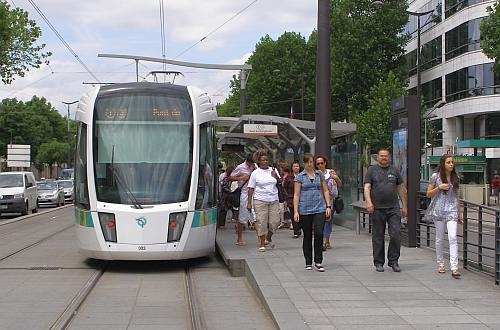 Construction is expected to begin within the next few months on the next phase of Line T3b, a 4.3km extension from Porte de la Chapelle west to Porte d'Asnières. The extension will have eight stations, including interchanges with metro Line 4 at Porte de Clignancourt, Line 13 at Porte de Saint-Ouen and the northern extension of Line 14 at Porte de Clichy.

Fourteen of the LRVs will expand the fleet in readiness for the opening of the extension in December 2017, while the remaining three vehicles will provide additional peak capacity on Line T3a.