The operator plans to introduce 130 vehicles over the next two years. 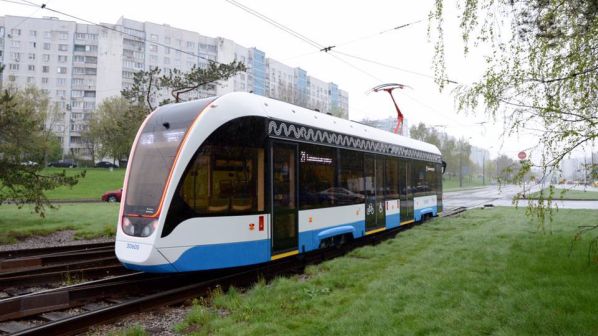 MOSCOW Metro has introduced the first of 130 Vityaz-M new-generation single-car LRVs in the north-west of Moscow, which will gradually replace high-floor Tatra-T3 trams.

The vehicles have capacity for 110 passengers, and have 18% more seats than the previous generation of LRVs. Each vehicle is equipped with USB chargers and passenger information screens.

Moscow Metro has taken over the management of the city’s light rail infrastructure and is seeking to increase the average speed of vehicles using the network, improve track maintenance, halve the number of repairs required and reduce maintenance costs.

“Trams are the most eco-friendly and efficient ground transport,” says deputy mayor for transport, Mr Maxim Liksutov. “They carry almost three times as many passengers per hour as buses. In accordance with the mayor’s order, we will develop the tram network in Moscow so that the tram becomes as reliable as Moscow Metro.”

For detailed data on LRV fleet orders from around the world, subscribe to IRJ Pro.