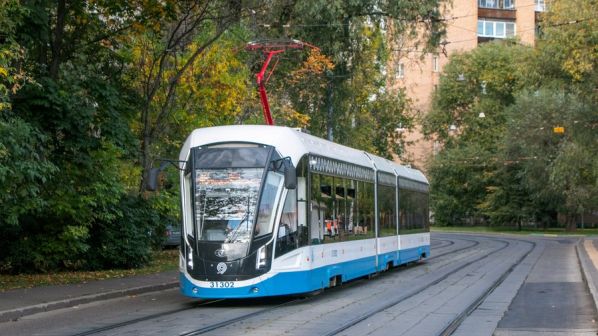 The move is intended to create a more integrated public transport system to reduce costs, speed up the rollout of new technologies, standardise maintenance and improve integration between both networks.

State-owned Mosgortrans has run the light rail network since its founding in 1958.

Moscow Metro will take over Mosgortrans’ modernisation programme, which includes the purchase of 204 LRVs worth Roubles 33.15bn ($US 441.56m) to replace the network’s older rolling stock.

The LRVs, which are scheduled for delivery between 2021 and 2022, were ordered through two contracts awarded in September.

“We have already renewed most of the tram fleet and in 1-2 years all the old cars will be ultimately replaced with the new ones,” Liksutov says.

The combination of the newly centralised management and network modernisation is expected to increase tram speeds, improve track maintenance, halve the number of repairs and cut maintenance costs.

This is Moscow’s latest effort to better integrate its transport network, following the introduction of Mobility as a Service (MaaS) elements such as a smart ticketing system, a unified navigation app, and an intermodal assistance service for passengers with reduced mobility.