The contracts include a €1.3bn contract to construct Monterrey metro lines 4, 5 and 6. 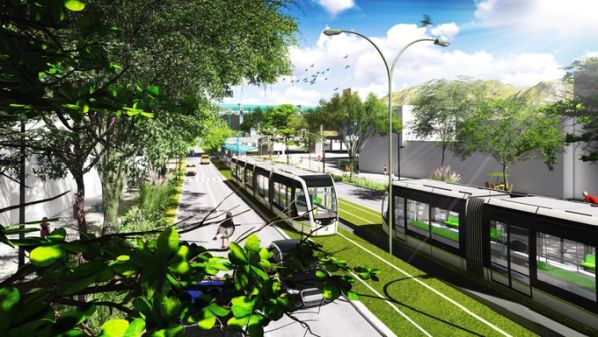 A consortium of Mota-Engil and China Railway Construction (CRCC) has been awarded urban rail contracts in Columbia and Mexico.

This includes a €1.3bn contract to construct metro lines 4, 5 and 6 in Monterrey, Mexico. The five-year contract will extend the network by 36km.

The consortium was also the only bidder for a $US 750m contract to construct the Metro de la 80 project in Medellín, Columbia. The 13.25km light rail line will run from Caribe station to Aguacatala station on Metro Line A with 17 stops.

The double-track line will have a maximum speed of 60km/h, with an end-to-end journey time of 32 minutes and capacity for 14,000 passengers per direction per hour. The route includes viaducts in Caribe and Aguacatala to cross busy streets, while other streets will be crossed at grade with traffic signals granting priority to LRVs.

For detailed data on rail projects in South America and around the world, subscribe to IRJ Pro.