The system will be introduced following a derailment in August 2020. 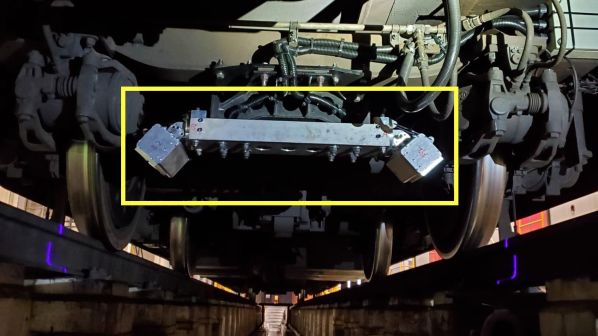 HONG Kong operator MTR has released the results of an investigation into the derailment of an LRV on August 29 2020. The LRV, operating Route 610 from Tuen Mun Ferry Pier Stop to Yuen Long Stop, was travelling towards Siu Hong Stop at 15km/h when all four of the rear bogie’s wheels became derailed on a switch.

In response to the incident, MTR has announced that a real-time dynamic track performance monitoring system, currently used on the East Rail Line, will be installed across the network in phases over the next two years to further enhance railway track monitoring, maintenance measures, and train service reliability.

The LRV wheels had been newly machined, resulting in a rougher contact surface between the rail and wheel, causing reduced lubrication which was also a contributory factor. The panel also concluded that maintenance personnel had carried out track maintenance work in accordance with internal procedures.

The turnout switch rail, stock rail and external check rail were replaced immediately after the incident, with inspections carried out on all the critical turnouts across the network to ensure they were in good condition.

The monitoring system will initially be installed on two LRVs at the recommendation of the panel, with the first vehicle due to enter service by March, followed by the second LRV in the second quarter of this year.

The real-time dynamic track performance monitoring system continuously monitors the condition of the track, including track gauge and vibration, during passenger operation. This allows track maintenance staff to monitor changes in the track parameters using a data analytic tool.

This will enable them to arrange any necessary maintenance follow-up in a more effective and timely manner.

In addition to the installation of the real-time track dynamic performance monitoring system, MTR has also implemented a number of enhancement measures recommended by the panel to prevent a recurrence of similar incidents, including: