LONGER trams and expansion of the light rail network are among the highlights of a new public transport strategy for the French city of Nantes, which was unveiled by mayor Mrs Johanna Rolland on January 24. 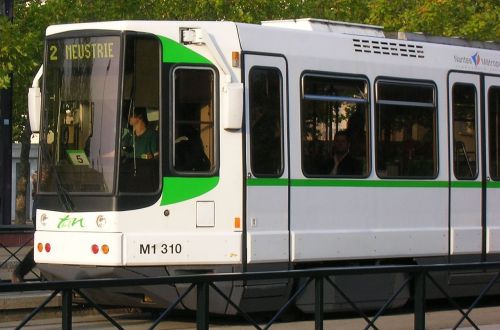 The new LRVs will replace Alstom trams, which date from the opening of the first phase of the network in 1985.

Under the proposals the city will invest €310m by 2020 with the aim of offering “alternatives to the car and anticipating the transport needs of tomorrow.”

The plan envisages the replacement of the fleet of 46 39.2m-long Alstom TFS trams, the oldest of which date from the opening of the initial phase of the network in 1985. The new vehicles will be 45-48m long with a minimum capacity of at least 300 passengers, 50 of them seated. At least 61 of the 100%-accessible vehicles will be required by 2021.

Nantes Metropolitan Council is also proposing an extension of Line 1 from its current northern terminus at Ranzay to connect with the Nantes-Châteaubriant tram-train and light rail Line 2 in La Chapelle-sur-Edre. The project, which is due to be completed by 2021, will include park-and-ride facilities and a depot for the new longer LRVs.

The plan also includes the proposed Line 4, which was announced by Rolland on January 3.

Feasibility studies for both lines will begin this year.