NS to acquire stake in The Hague Tramways?

NETHERLANDS Railways (NS) today announced it has begun due diligence into the possible acquisition of a 49% stake in The Hague Tramways (HTM) from the municipality of The Hague, which is currently the sole shareholder. 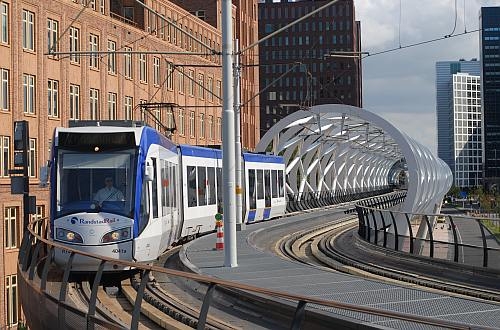 Both NS and HTM say they want to raise the standard of public transport and improve links between urban rail and the main line network in the Randstad conurbation. Around a third of NS passengers travelling to and from The Hague also use HTM services for part of their journey.

The due diligence process should be completed by the end of the year, after which a final decision will be taken on whether to proceed with the acquisition.