ODENSE Letbane, the public company responsible for developing the first light rail line in Denmark's third-largest city, has invited prospective bidders to prequalify for contracts to supply rolling stock and railway systems for the project. 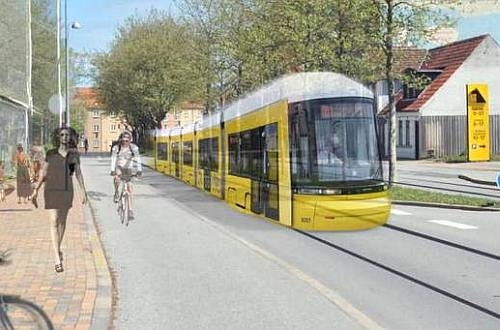 The rolling stock tender calls for 14 low-floor LRVs, which will be 30m long and 2.65m wide. The railway systems contract encompasses track, electrification, telecoms, Scada, signalling, a control and maintenance centre, and stations.

The deadline for prequalification is August 31 and tender documents for the two contracts will be issued to prequalified bidders by the start of October. Preferred suppliers will be selected by October 2016.

Line 1 will run for 14.4km from Tarup Centre to Hjallese mainline station via the city centre and Odense university hospital and is due to open in 2020. Services will operate at 10-minute headways between 0500 and 0100 with a 42-minute journey time between the two termini. Weekday ridership is forecast to be around 35,000 passengers.

A second 7km line is also proposed, although funding has not been finalised for this phase of the network.