THE Polish city of Olsztyn launched regular services on its light rail network on December 19, with operator MPK Olsztyn offering two weeks of free travel on the 10.5km two-line system. 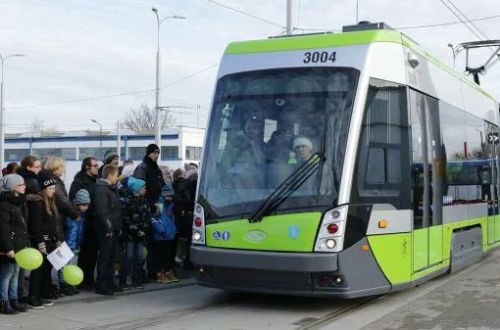 The standard-gauge network comprises a double-track north-south line from the city's main railway station to Kanta in the district of Jaroty, with two short single-track branches, one serving the University of Warmia and the other serving Wysoka Brama in the city centre.

Services are operated by a fleet of 15 29.3m-long three-section bidirectional Solaris Tramino S111O LRVs. Each vehicle accommodates more than 230 passengers, 36 of them seated.

The €105.3m project was 85%-funded by the European Union through the European Regional Development Fund (ERDF).