OMAHA City Council has received a final financial assessment of the proposed Omaha Urban Circulator, which is estimated to cost $US 156m and scheduled to open in 2022. 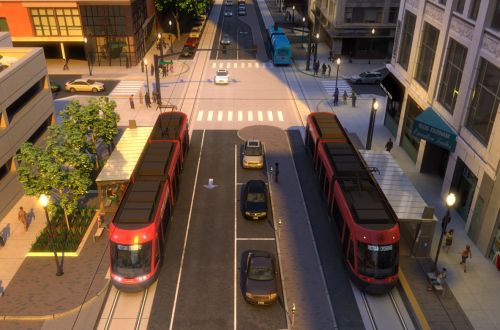 The assessment estimates that the running costs will increase from $US 7.4m in the opening year, to $US 8.9m annually by 2041.

The 5.1km line would run from the University of Nebraska Medical Center on 42nd Street and Farnam Street east to TD Ameritrade Park, linking north and south Omaha to the city centre.

The financial report proposes a range of funding sources including: federal grants, donations, bonds, tax-increment financing and parking fees. Omaha mayor Ms Jean Stothert says she does not expect to raise taxes to fund the project.

Investment in public transport is seen as necessary due to the continued growth in Omaha. Around 5000 housing units will be built within the study area by 2035 while the number of offices and retail buildings is expected to increase by 35%. Three major hotels are also planned, almost doubling the number of hotel rooms available within the city.

Stothert says that no decision will be made without public meetings but an advisory committee of business people, real estate developers, and city experts will now be appointed to explore potential funding options suggested by the assessment.