INFRASTRUCTURE Ontario (IO) and Toronto and Hamilton transport authority Metrolinx have issued a Request for Qualification (RFQ) for a contract to design, build, finance, operate and maintain Hamilton’s light rail B Line. 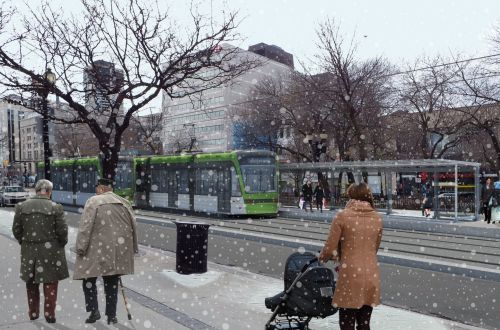 The 11km line from McMaster University to Queenston Circle will serve 14 stations, including interchanges with the city’s bus network and Go Transit commuter rail services at Hamilton Go Centre.

The RFQ outlines the scope of the project including infrastructure, an operations, maintenance and storage facility near Longwood station, rolling stock, and operations.

Prequalified bidders will be invited to respond to a Request for Proposals, which will be issued in the summer.

The project is being implemented using IO’s Alternative Financing and Procurement model, which places risk with the private sector contractor.