INFRASTRUCTURE Ontario and Metrolinx have selected the Mobilinx consortium as preferred bidder for a contact to design, build, finance operate and maintain the 18km Hurontario LRT. 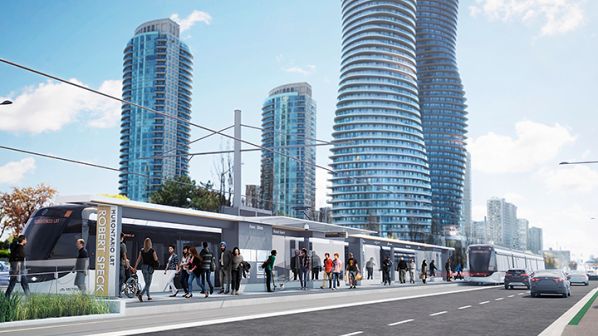 Members of the Mobilinx team include:

Infrastructure Ontario and Metrolinx expect to finalise the contract in the autumn, with design work begin soon afterwards.