The line is operated by RATP Dev of France. 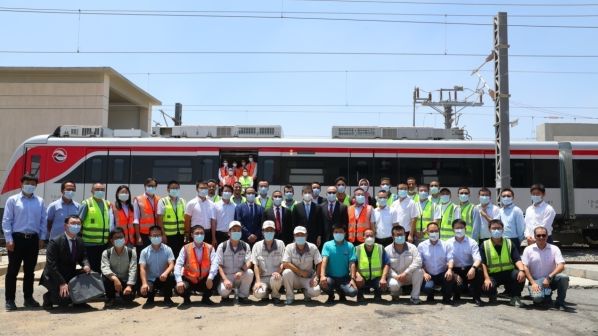 OPERATION has begun on the 10th of Ramadan Light Rail Transit (LRT) line which runs from the New Administrative Capital being constructed east of Cairo to surrounding cities and districts including El-Salam City, 10th of Ramadan City, El-Obour City, Badr City and El-Shorouk City.

Construction of the line was supported by China under the Belt and Road Initiative (BRI), with Egypt’s National Authority for Tunnels (NAT) signing a $US 1.24bn contract in August 2017 with China Railway Engineering and AVIC International

Egyptian president, Mr Abdel-Fattah al-Sisi, was present for the first run from Adly Mansour transfer station alongside Chinese Ambassador to Egypt, Mr Liao Liqiang, who said the project was the result of remarkable cooperation programme between China and Egypt under BRI. The station at Adly Mansour provides an interchange with Cairo Metro Line 3.

NAT signed a contract in March 2021 with RATP Dev, France, to operate the line for 15 years, with an option to extend the term for a further five years.