PARIS moved another step closer to the completion of its orbital light rail line on November 24 with the inauguration of the 4.3km extension of Line T3b from Porte de la Chapelle to Porte d’Asnières in the north of the city. 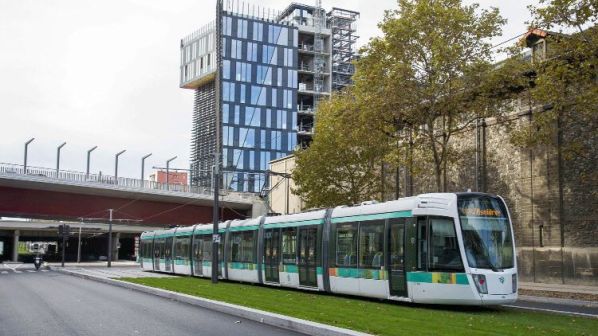 The extension serves the 17th and 18th arrondissements and is forecast to bring an additional 90,000 passengers per day on to Line T3b. The extension adds eight stations to the line, including interchanges with metro lines 4, 12, 13 and 14, RER Line C and more than 20 bus routes.

The completion of the extension takes the total length of Line T3 to 26.2km with 51 stations serving eight arrondissements.

Studies are underway for the next phase of the project, which will extend Line T3b from Porte d’Asnières to Porte Dauphine. The 3.2km extension will serve seven stations, including interchanges with metro lines 1,2, and 3, and RER lines C and E.

The €165m project will be financed by the French state, the city of Paris and the region of Ile-de-France.